Apple Watch is much more than this. It’s filled with little useful features that you can customize to get the most out of the little computer on your wrist. Here are the 5 tips and tricks for Apple Watch Series 4.

Apple has now released the software update that enables ECG feature in the Series 4 Apple Watch. Open the Watch app on your iPhone and update to the latest watchOS version.

After you’re done, go to the Health app on your iPhone to set it up. You have to be over the age of 22 to use this feature.

Once it’s set up on the iPhone, open the new ECG app on your Apple Watch. Rest your hand on a table and put your finger on the Digital Crown and wait for thirty seconds. Try not to move during that time.

After the set time, your ECG report will be ready. You’ll be notified if Apple Watch suspected something wrong with your heart rate or if you show signs of atrial fibrillation.

There are a couple of really nice watch faces that make use of the curved edges of the Apple Watch Series 4. Try the Fire, Water, and Vapor faces.

3. Raise to Speak to Siri

On the Series 4 Apple Watch you don’t need to press the Digital Crown or say Hey Siri to speak to Siri. Just lift your arm, bring it close to your face, and start speaking.

Siri will instantly recognize and start transcribing your commands. In my experience, I’ve found this way faster than other methods of talking to Siri on the Apple Watch. And it actually makes Siri useful on the wrist!

One of the best things about the new Apple Watch design is the bigger screens. And there’s a new watch face that will let you take advantage of all the new screen real estate.

Force Touch on the watch face, swipe to the end and add the Infographic watch face. This watch face allows you to add eight different complications on one screen! Plus a calendar appointment that shows up in the dial itself.

That’s a lot of complications! Instead of setting up 2-3 different modular watch faces, you can now have one watch face that shows all your stats, activity, shortcuts and more.

There’s now a quick way to disable notifications from an annoying app on the Apple Watch. When you get a notification from the app, swipe left on it and tap on the menu button. Then select Turn off on Apple Watch. 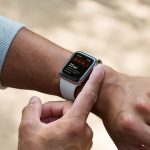 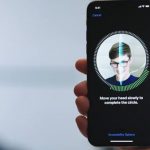 How to Fix iPhone X Face ID Not Working After iOS 12.1.1 Update