Although at the time of filing this story, it appears that the PUBG Mobile Vikendi snow map is still in beta despite being available for matchmaking. Before you can get the Vikendi map though, you’ll need to download the PUBG Mobile 0.10.0 update if you haven’t already and that has a 2.1GB download size.

Here, we’ll run through some early suggestions for the best snow map start locations as well as some snow map strategies that we’ve picked up from our time with it in testing – with some more Vikendi tips and tricks added now we’ve tried it out on live servers.

Vikendi, PUBG’s new “snow map”, mixes up the formula of regular maps like Erangel and Miramar, with it slotting into a new, medium size between those larger maps and the more recent, pocket-size Sanhok. Here’s a look at the map itself before we dive into specifics.

It’s still very early days for the snow map Vikendi, and the way the map’s loot is spread out is an indication of that. There’s some very unusual spawn distribution – a huge percentage of standard spawn weapons right now are SMGs and Shotguns, for instance, along with lots of the same DMR attachments despite their near non-existence – making it a little too early to properly lay out the best starting locations as we have done in our guides to Erangel, Miramar,Sanhok and our dedicated PUBG loot locations page.

Hot drops – The busiest spots to land on Vikendi are, like on the other maps, the main named locations in the centre of the map, thanks to their ability to be reached from just about any flight path. Think eye-catching spots like Dino Park, Castle, Villa, Coal Mine, and Mount Kreznic. There’s generally a high concentration of loot at all of these, but we’ll have to wait and see on how that equates to quality. We’ve had the most success finding level 3 gear – including helmets – at Dino Park, particularly in the dodgems arena! 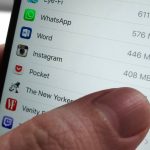 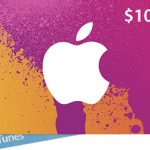 How to add iTunes and App store gift cards on iPhone