The past few models have been apple equipping expensive flagship phones with fast charging. However, the company angered fans for many years by not offering fast charging on iPhones. And what did this wait now come? You’re wrong if you think Apple will make up for the years it’s spent by offering the best fast-charging in the market. the iPhone 11 Pro is the fastest charger ever built. Almost twice as fast as the nearest iPhone. However, it’s 50% slower than models like the Note 10+.

The phone connects to an 18W charger with a USB-C connection at one end and apple’s Lightning port at the other. So how fast is it charging?

We measured charging times on the iPhone 11 Pro, and the results are impressive, at least for Apple. In that sense, it charges more than 50% in just half an hour. If Apple was an affordable phone manufacturer like Xiaomi, we’d call it impressive. But it’s a value far behind the competition. Here are the results of our charging test:

Comparison with Android
Overall, the iPhone 11 Pro is not the fastest-charging phone in the market — although it’s the most expensive — but it certainly makes a big difference compared to the previous iPhone. If you forget to charge the 11 Pro at night, you’ll wake up and have a 40% charger in 20 minutes. 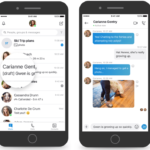 Skype for iOS and Mac Gets New Features 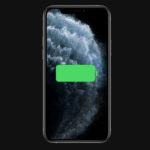 iPhone Battery Life By Switching to Dark Mode in iOS 13