It is said from the Apple company internal documents that iPhone replaced with third-party battery now are qualified with repair service, that means you are able to have your iPhone repaired in the Genius Bar or Apple Authorized Service Providers even  if you have replaced your iPhone battery with another brand .

If this news turns out to be true, it will benefit a lot to those who have replaced their iPhone with non-official battery. Previously, according to the policy of Apple Company, users would be deprived of their maintenance service provided they have done so. From now on, users could rest assured to change battery freely.

It is reported that in the event of receiving an iPhone with a different battery, the Apple technicians would ignore this and repair its other parts as usual, such as microphone, motherboard or screen, and if the repair part is battery, it will be charged with standard fee.

“If the iPhone’s battery tabs are broken or missing, or there is excessive adhesive, the Genius Bar and AASPs are permitted to replace the entire iPhone for only the cost of a battery replacement at their discretion,” the report further added.

The silently updated guidelines should apply to all international markets.

Apple usually refrains from repairing iPhones with aftermarket parts, regardless of the circumstances and state of the device. 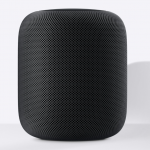 How to reset your HomePod 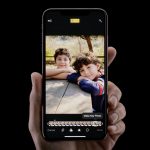