March 25, Apple is going to host an event where it is expected the company will unveil two major services endeavors.

One of them will be a news subscription service. The other, a video streaming deal that will offer original content, but will primarily focus on selling bundles of digital content. The lates rumors surrounding that latter service have been interesting to say the least. But it sounds like the company may have one more surprise in store on Monday.

Bloomberg has a quick write-up on what Apple is changing next week. Primarily, that the company is embracing its role as a services provider (something that is going very wellfor Apple already).

“Apple is also working on a premium games subscription for its App Store and discussing it with potential partners, according to people with knowledge of the plans. This service won’t take on new cloud-based streaming offerings like Google Stadia. Instead, it will focus on iPhones and iPads and bundle together paid games from different developers that consumers can access for a monthly fee.”

This is about as straightforward as it gets: Apple wants to price bundles of games through its App Store and sell them, earning a cut for itself along the way. This system has worked out for Apple for years, and it’s something the company is said to be doubling down with when it comes to the new subscription services. Appel is reportedly going so far as to set the prices for upcoming content bundles and keeping the prices a secret from partner companiese

Will a “Netflix for games” service work? It could. It will just come down to what Apple can offer, how much the monthly fee will be (especially if Apple is planning on bundling all of these services together), and how the library of content will be rotated. Mobile games aren’t, typically, as expensive as a season of a show or a movie, so the idea of losing a game as it’s rotated out of the catalog might not go over well when it retails for around $5 or so. 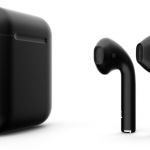 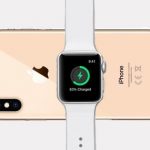