Apple recently released new OS versions after a full 6-week beta test period. The most curious version of the company was, of course, the iOS 13.4 update that came to the operating system of iPhone devices. With this version, many features were added to iPhone devices.

Of course, as with any company update, Apple’s newly released updates were met with both joy and anxiety. Users who love new Memoji stickers and iCloud file sharing welcomed the new version, while users who had problems with the new version did not enjoy it much.

The new iOS version has made the operating system much safer with this update, although some people did not like it. Apple, who wanted to tell this to every user, made a new share today. The company has shared issues with the new update for its users to install iOS 13.4.

In its post today, Apple announced 30 separate issues fixed with iOS 13.4 to convince users. Among the major issues that are said to have been fixed by the company were Bluetooth, Email, Messages, Safari, and errors in many apps.

iOS 13.4 The errors fixed by Apple are as follows: 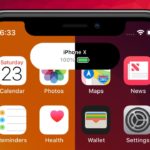 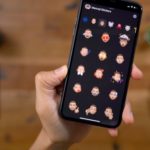