In March, Apple introduced Apple Card for the first time. The virtual card is integrated with the iOS Wallet app, but the actual physical card can also be ordered. For privacy reasons, this card will not include the account number, but the user name is found on the card. No charges will be charged for Apple Card users.

This means that late wages, annual fees, international fees and limit fees will be said goodbye. Card users will receive 2% of transactions outside the Apple ecosystem and 3% of purchases made from the App Store, Apple Store, and other Apple properties. 1% of the transactions made with the physical card will be recycled. These discounts will be calculated on a daily basis and made available every day.

The card is expected to be released this month, and the investment banking firm, Goldman Sachs, is the partner of Apple’s project. Goldman Sachs personally signed the Apple Card customer agreement. Firstly, depending on the credit rating of the card, the annual interest of the card will change between 13.24% and 24.24%. Future changes will be based on any hike or discount rate made to the interest rate. This rate is the rate at which banks are borrowing the best customers for their credit.

In order to qualify for an Apple Card, you must have an Apple ID associated with a valid iCloud account. Apple needs to have two-factor authentication turned on and an active email address connected to the Apple ID. Also, you won’t be able to jailbreak your phone to remove iOS software restrictions, in which case you will be at risk of shutting down the account. The Apple Card will also not be used to buy a casino voucher, lottery ticket and crypto currency. In other words, you cannot use the Apple Card to buy Bitcoin.

Apple Card will be a product connected to Apple’s services unit. After the iPhone, this segment was the second largest resource in terms of revenue for the company. So technology is the second most profitable part of the giant. Apple plans to generate revenue of 50 billion per year next year for the services group. Thus, it will be doubling the gross 25 billion proceeds in 2016.

Apple, the third quarter of the fiscal year, covering April-June, the company reported a record of 11.5 billion dollars in services revenue. The reason this business is so important to Apple is that it keeps it less dependent on iPhone sales. However, it is unclear how the iPhone will offer its services without selling it. At the beginning of this year, the number of iPhone users in the world was approximately 900 million. Other brands under the services include the App Store, iCloud, Apple Music, Apple TV +, Apple News +, Apple Arcade, AppleCare, Apple Pay, and more.

Chinese Security Researcher has found a system exploit on iOS 12.1.2 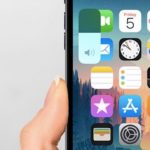